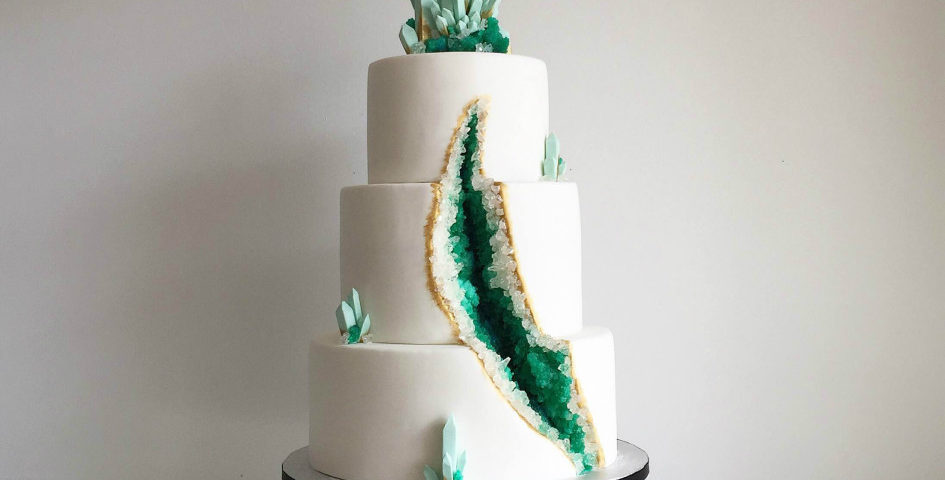 The latest wedding cake trend which is inspired by gemstones and beautiful crystals gives a fascinating sight.

The essence of geode cakes, also known as crystal cakes, is that they look like they were decorated with mineral crystals. The Geode is a spherical or ellipsoid-shaped rock-cavity that contains minerals and crystals. These wonderful formations also inspired the world’s dessert designers. However, the crystals on the cakes are made of nothing but granulates sugar and hard candy. The making of these decorations requires serious work and expertise. 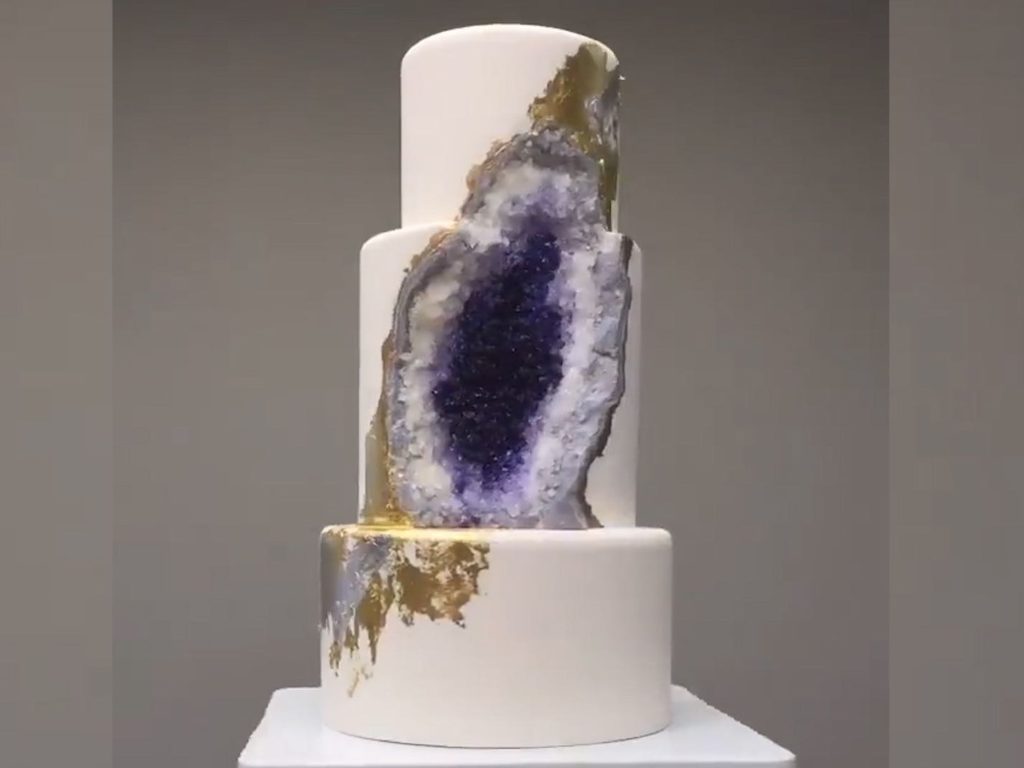 The very first amethyst geode cake was finished early this year by favour of Intricate Icing Cake Design, from which the world of internet has gone crazy and a row of confectioneries have gotten inspired to make similarly beautiful cakes. The creator of the cake, Rachael Teufel – who have learned to bake from her Hungarian grandmother by the way – have started an online course of which the interested people can learn the ins and outs of making special crystal cakes.

We selected the most beautiful ones, including our pride, the creation of „My Cake”: 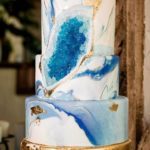 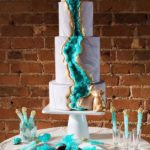